About the event:
Gender Gaps Conference 2021

Evidence concerning differences in capabilities to realize aspirations is prevalent. Whether one considers the labor market as a whole, or one focuses on specific segments, disparities in the probability of “success” between men and women exist despite decades of efforts to eradicate them. We all clearly need to learn more about the causes and the consequences of these disparities. Gender Gaps Conference is an annual event for scholars interested in this field. The theme for 2021 will be flexibility in working time arrangements as well as equality in reaching aspirations.

We invite papers studying gender inequality from the fields of economics, management, sociology, and social psychology. Research at the intersection of professional aspirations and flexibility of working time arrangements is particularly welcomed.  The conference is open to empirical quantitative work, experimental studies as well as qualitative work. Empirical and experimental papers with strong theoretical foundations will be considered a priority, but studies advancing econometric and statistical tools measuring gender inequality as well as specific case studies are cordially invited as well. We invite papers on a broad range of issues, including but not limited to:

We aim to create a forum where scholars interested in the analysis of gender gaps in the labor market can present and discuss theoretical, empirical and policy-related research. The format of the conference accommodates for engaging communication about the invited papers: we plan approximately 30 minutes for a presentation and each paper will be assigned a discussant. We plan for plenary sessions, but in the case of many high quality papers submitted to the conference, we will organize additional poster sessions with ample space for discussion in a friendly atmosphere.

The keynote speakers are Andrea Weber and Julia McQuillan. 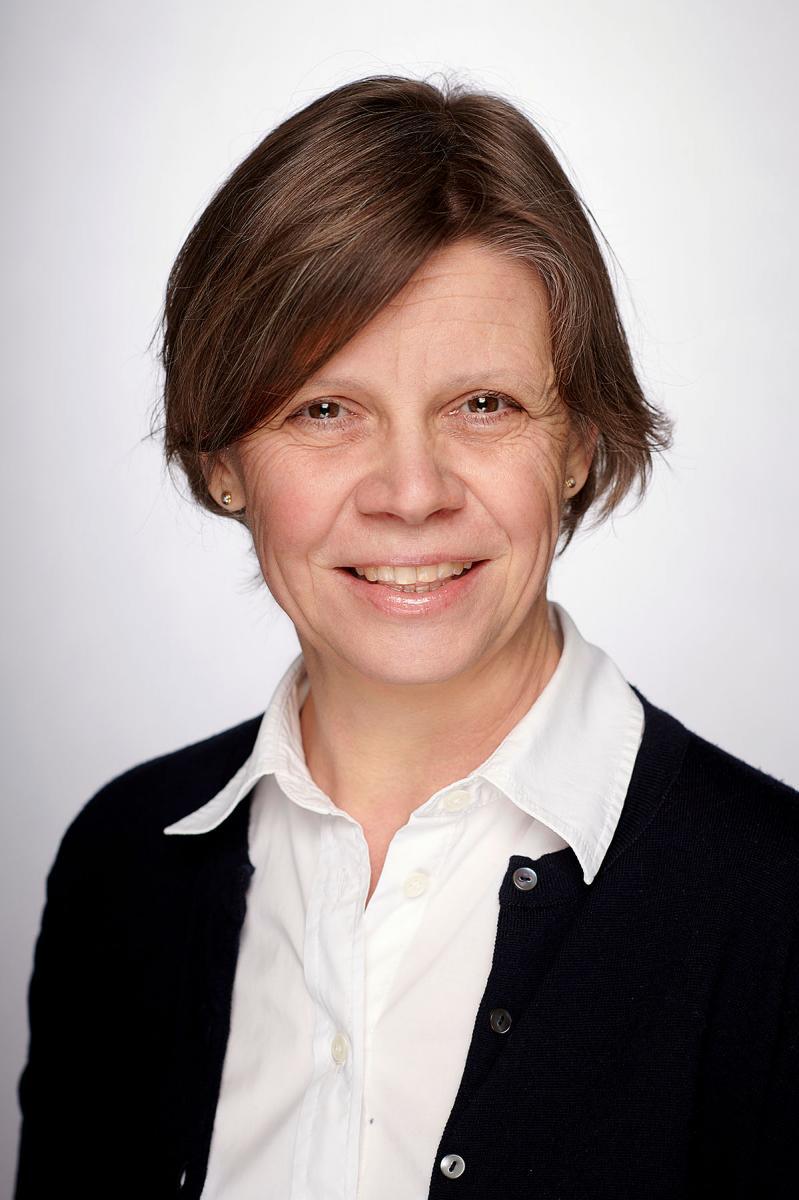 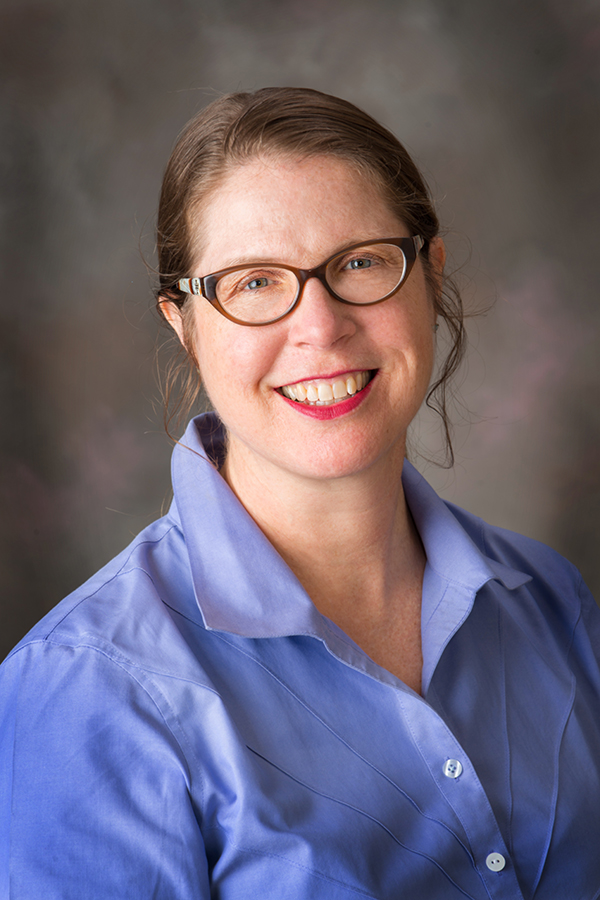 Julia is Willa Cather Professor of Sociology at the University of Nebraska-Lincoln. She uses fundamental social psychological theories and rigorous research designs and analyses to study changing structures and practices to increase gender equity and wellbeing. She was part of a team that created the two-wave, public use dataset called the National Survey of Fertility Barriers. Through an interdisciplinary team she studied factors related to recruiting, retaining, and promoting women in Science, Technology, Engineering, and Mathematics (STEM) fields and ways to transform academia to create greater diversity and inclusion. Her current agenda concerns engaging youth network science for health knowledge and careers, with particular emphasis on ways to attract and support people from underrepresented communities (e.g. women of all racial/ethnic groups and men from black, indigenous, and communities of color). She was an editor of Gender & Society.

Papers or extended abstracts should be submitted before April 1st, 2021. We are happy to address whichever questions you may have before that date. The decisions of the Scientific Committee will be distributed before May 1st, 2021. Full papers will have a priority over extended abstracts, but our aim is to construct a coherent and engaging event, giving all participants fruitful forum to exchange ideas and engage in scientific collaboration.

Naturally, we are all worried about the pandemic situation. For now we plan for the conference to take place in Warsaw, but we will be monitoring the situation and if needs must, we will change the format of the conference to digital. Assuming in-person meeting, the organizers will provide refreshments during the coffee breaks and lunch on both days of the conference. In the evening of June 18th all conference participants are invited to a social dinner. There is a conference fee of 80 euro to help cover the costs of catering. PhD students may apply for a reduced fee of 50 euro. 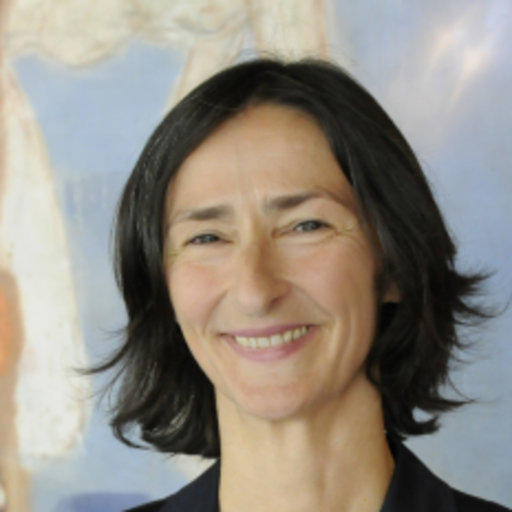 Astrid Kunze is a Professor of Economics at the Norwegian School of Economics in Bergen, Norway. From 2000 to 2002, she was employed as a Research Associate at IZA. She holds a Ph.D. from University College London and an MSc from University of Bielefeld. Her main research interests are labor economics and applied micro-econometrics. She is particularly interested in the causal effects of public policies on labor market behavior. Astrid has conducted studies on the evaluation of parental leave policies, child care programs and cash-for care policies, as well as gender quotas on boards.

Michal Myck is Director and Member of the Board of CenEA and a Research Fellow in the Public Economics department at DIW-Berlin. Since 2005 he has been the Polish Country Team Leader for the Survey of Health, Aging and Retirement in Europe (SHARE). He is a Research Fellow at IZA Bonn. His work is currently centered on modeling of labor market behavior, the relationship between health and employment, the effectiveness of welfare to work programs, and the structure of personal taxes and benefits. 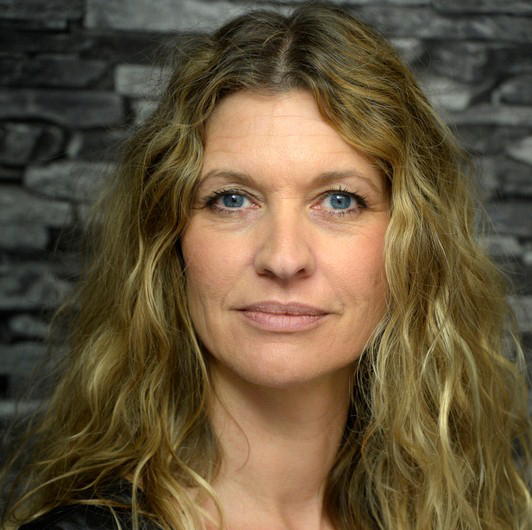 Irene Van Staveren is head of the PhD programme and project leader of the online database Indices of Social Development at Erasmus University in Rotterdam and the Institute of Social Studies in Rotterdam. In addition, van Staveren is a member of the think tank Sustainable Finance Lab and she is on the editorial boards of the Journal of Economic Issues, Review of Social Economy, and Feminist Economics. She published in 2015 a pluralist economics textbook with Routledge, titled Economcis after the Crisis – an introduction to economics from a pluralist and global perspective. 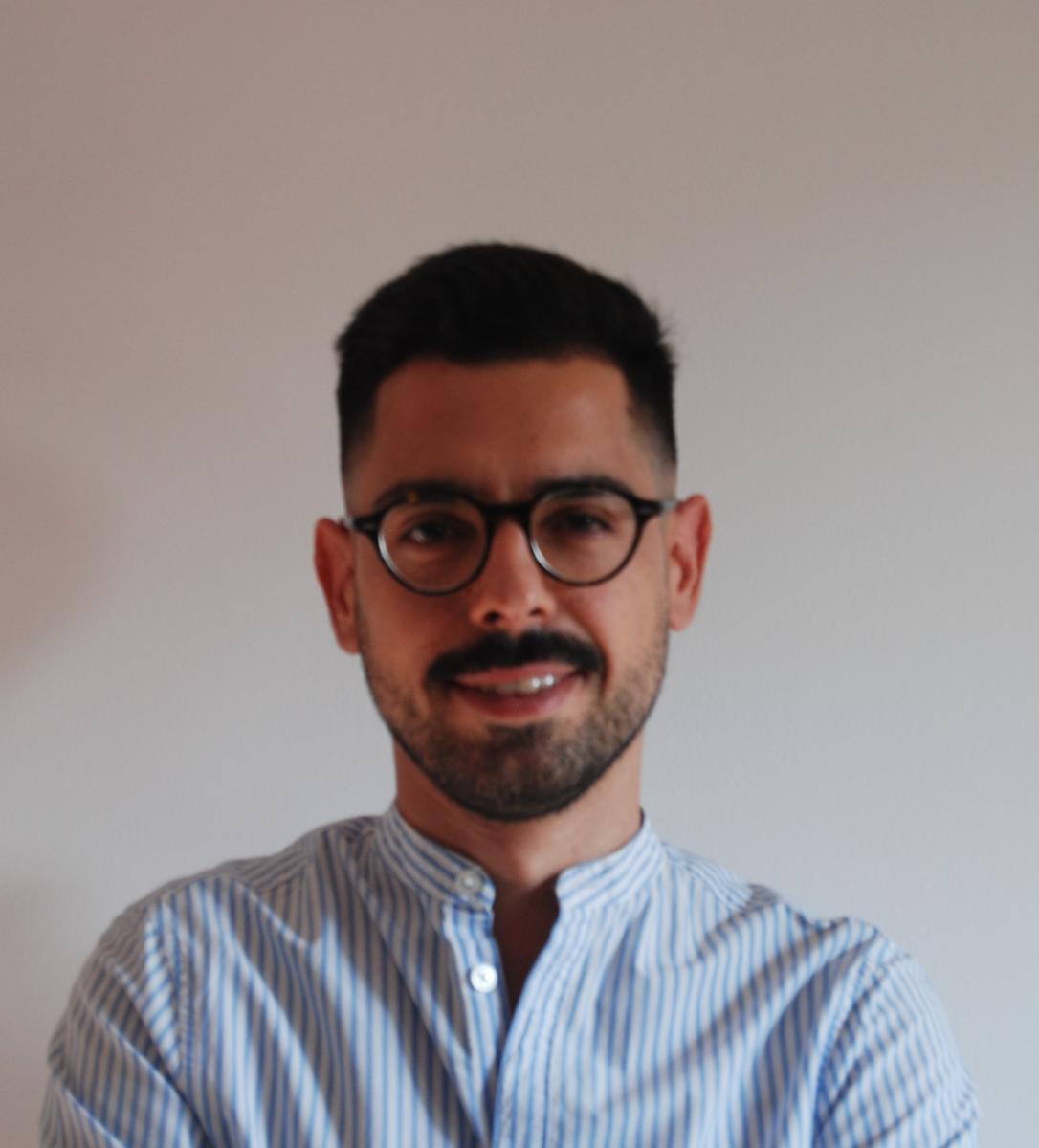 Jose Garcia-Louzao is a Senior Research Economist at the Bank of Lithuania and Affiliated Assistant Professor at Vilnius University. He has received his PhD in June 2019 from Universitat Autonoma de Barcelona and Barcelona GSE for his thesis “Essays in Job Mobility” under supervision of Ana Rute Cardoso (IAE-CSIC and Barcelona GSE). He has also been a visiting scholar at the Microdata Laboratory of the Bank of Portugal (BPlim). His research combines large administrative datasets and micro-econometrics techniques to study the determinants of worker mobility and wage dynamics. He has publications in international journals like British Journal of Industrial Relations. 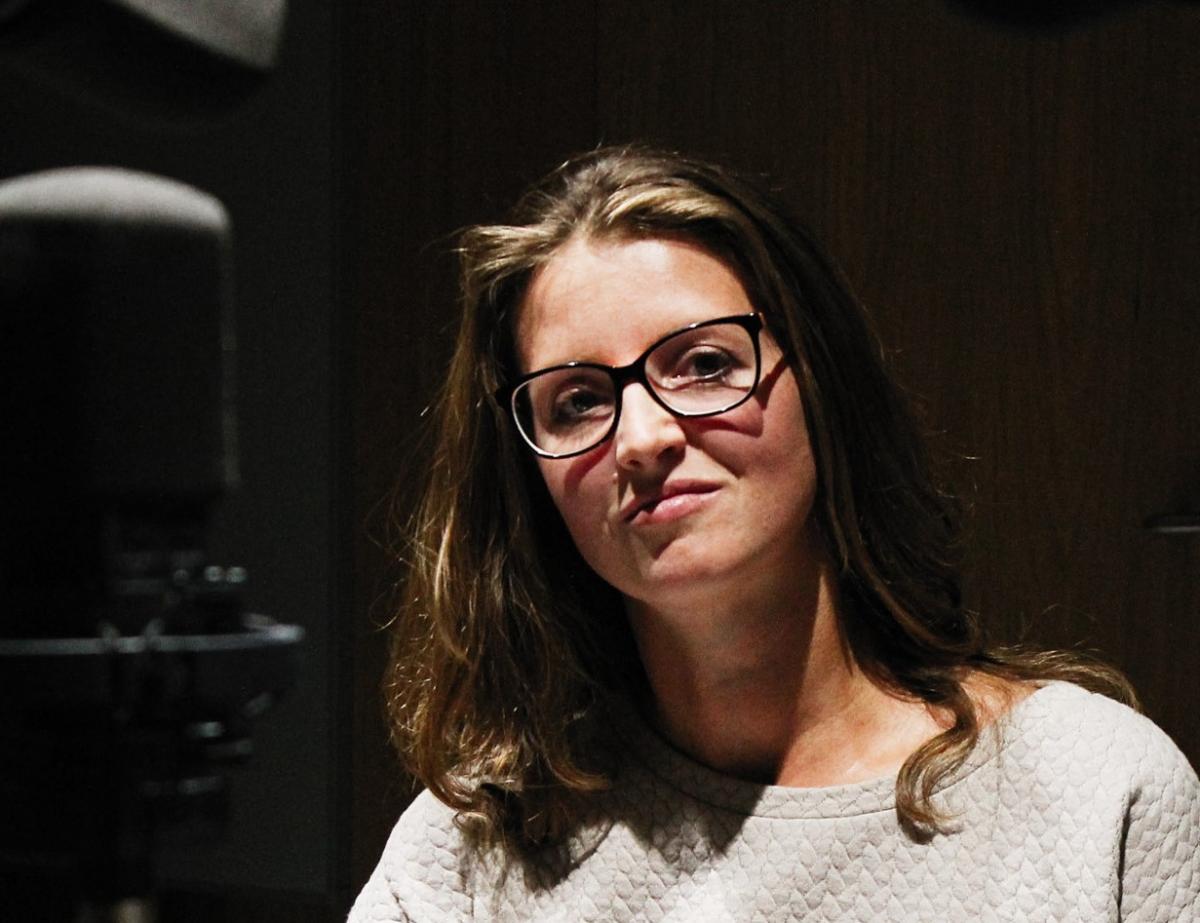 Jekaterina Navicke is an associate professor at the Social Policy Department at Vilnius University, Lithuania. Her interests and research topics cover poverty and inequality, social policy evaluation, social protection and labour markets. She received her PhD in Sociology from Vilnius University in 2015. She has been a Lithuanian country team leader for development of the tax-benefit microsimulation model EUROMOD since 2015. Since 2019 she has acted as a national coordinator of the European Social Policy Network. She has published in international journals like Social Indicators Research, Social Science Research, Journal of Baltic Studies. 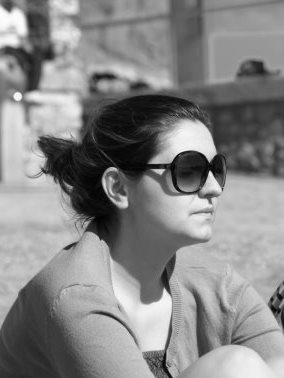 Magdalena Smyk is an Assistant Professor at Warsaw School of Economics. She joined GRAPE in 2013 and joined the board in 2017. Previously, she cooperated with The World Bank and Institute for Structural Research. Her research interests concern the determinants of the occupational choice and labor market inequality. She has published on European Economic Review, Sociological Methods and Research and Social Indicators Research. She is particularly fond of experimental methods. Magdalena was awarded Ph.D. by University of Warsaw. 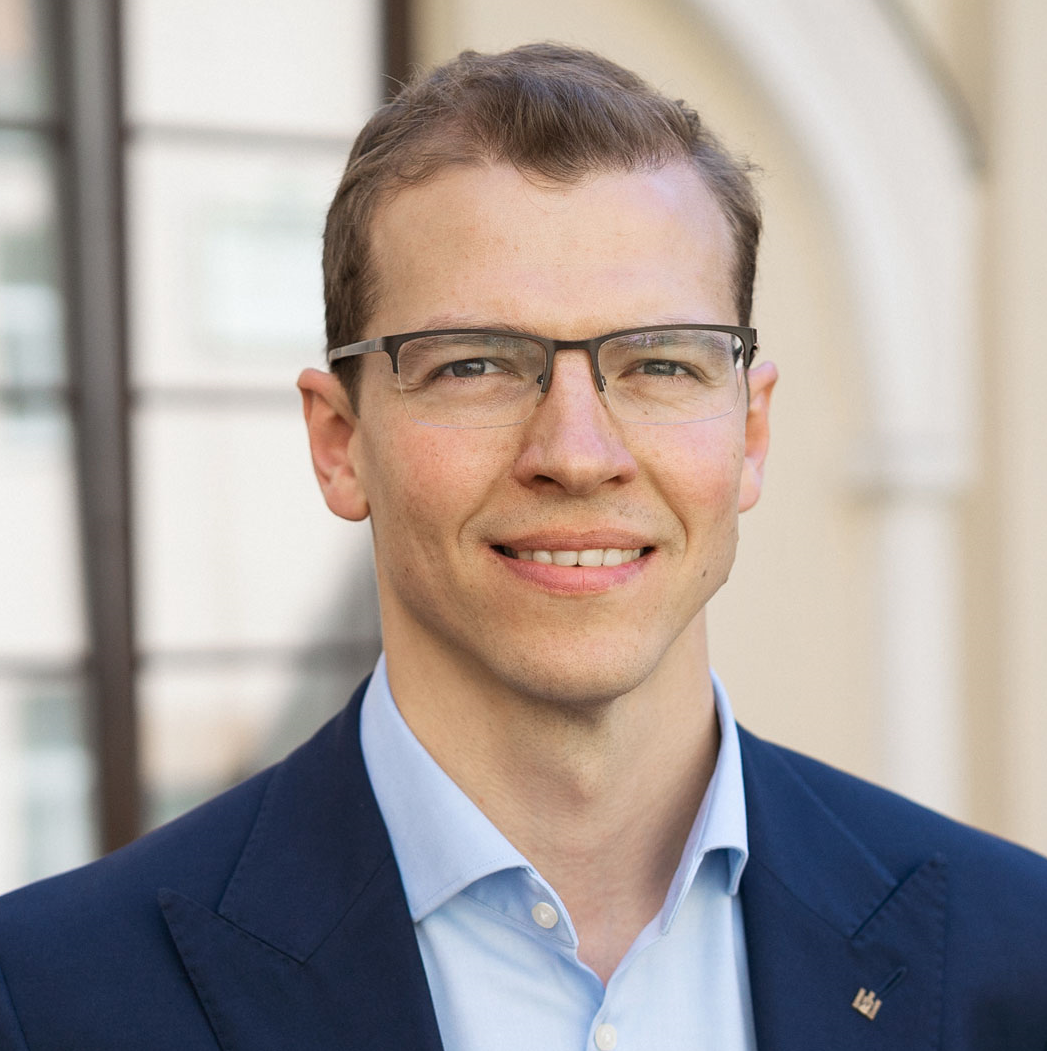 Linas Tarasonis is Vice Dean of the Faculty of Economics and Economics at Vilnius University and a Senior Research Economist at the Bank of Lithuania. He holds a PhD in Economics from Paris School of Economics since 2013 under supervision of Fabien Postel-Vinay (UCL). He has also worked as postdoctoral fellow at Aix-Marseille School of Economics from 2013 to 2016. His main research areas are Applied Microeconomics, Economics of Discrimination, and Labor Economics. His publications include articles in Economic Policy and Labour Economics. He is one of the founders and a board member of the Baltic Economic Association. 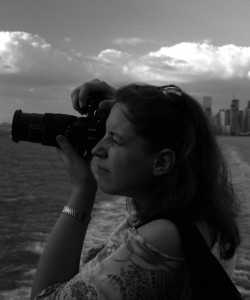 Joanna Tyrowicz is a professor at University of Warsaw. She co-founded GRAPE in 2011. Between 2007 and 2017 she served as an Economic Advisor at Economic Institute of National Bank of Poland, specializing in labor market and household issues. In 2009 she was a Fulbright Scholar at Columbia University, and in 2010 she was a Mellon Fellow at the Netherlands Institute for Advanced Studies. Her tenure book “Unemployment Hysteresis in Poland” was awarded the Prize for Best Economic Book of 2014 by Polish Economic Association. Her research interests concern empirical labor economics, inequality and social policy. She is an IZA Research Fellow. Her PhD was awarded by University of Warsaw, she also holds a degree from Katholike Universiteit Leuven.

Lucas van der Velde is an assistant professor at Warsaw School of Economics and a Researcher at GRAPE, where he joined in 2012. In 2019-2020 he was a Visiting Scholar at UC Berkeley, prior to that he has received the award for exceptional junior researchers from Ministry of Science and distinctions for his PhD thesis from University of Warsaw. He has published, among others, in Journal of Comparative Economics, Oxford Bulletin of Economics and Statistics as well as Journal of Economic Surveys. His work is centered on the issues of economic inequality and technology.

Should you have any question, please feel free to contact us by email.

The conference is organized by University of Vilnus and GRAPE, with support from the Ministry of Science and Higher Education in Poland.